Skip to content
Things an A to I guide would understand: How old it gets singing the same circle time songs for literally years at a time.
Keeping young children rooted in natural reality, avoiding technology in early years, and developmentally appropriate activity for an infant or toddler

One of my awkward moments as a Montessori guide is trying to guide parents in the selection of clothing that is appropriate in supporting a toddler’s ability to dress independently.  Trying to operate their little bodies with enough control so as to get themselves dressed without a grown up’s help is a serious undertaking.  They have terrible attention spans and their eyes are looking everywhere but at the shoe as you’re trying to show them what to do.  The minute they peel the velcro open you have probably lost their attention.  They have T-rex arms, poor hand control, super weak grip and finger grasps, and they wobble around struggling to maintain their equilibrium while sitting in a chair with either one foot off the ground, or bent over to work on the shoe.

When selecting shoes for your toddler, the following things may be on your personal list of considerations: You want shoes that are going to feel great on the tootsies of your precious, growing, son or daughter; and you want the top of the line shoe.  You want shoes that reflect the brands you might select for yourself or the style that your family is all about.  You’re not trying to spend too much money so you will use happily use the hand-me-downs from an older child.  You got the shoes as a gift from grandma who lives abroad.  God forbid you’re going to drag your child through an actual brick-and-mortar shoe store and suffer through the process of an actual shoe fitting; so you hop online choose some shoes that you think look good, order 50 pairs from Amazon with your prime membership in various sizes, and surely one of them will fit.

Well as an expert on toddlerhood, even if I’m a new expert (10 years in for toddlers, 4 years in for Montessori) who has worked at at least four different Montessori schools,  at this point I have likely helped at least 50 different toddlers learn how to put shoes on by themselves.  And I’m here to say that choosing the ideal shoes to make it through toddlerhood matters.  It is one of the areas of toddlerhood that you should make easy, so that you don’t have an unnecessary struggle on your hands.

I have watched said toddlers toddle about in shoes that don’t fit correctly.  Or have full blown melt downs when they can’t get their shoes on without my help.   Or literally deconstruct half the bathroom as a result of frustration that they can’t get their shoes on.  Or run around the yard with only one shoe on while their friend is running after them with their shoe in hand.  Or watching parents drop their children off at school without shoes on at all because getting the shoes on in the chaos of the morning was just asking too much.  And I have been the teacher who has to deal with the struggle of trying to guide a child through the process of putting their own shoes on when the shoes themselves are asking too much.

I’m not a parent yet, but I fully get the shoe battle.  I SO get it. Because I’m the one in the trenches with your child fighting said shoe battle as we’re changing shoes at least three times per day at my Montessori toddler program.  And there’s nothing I hate more than watching myself cave in and break a Montessori golden rule, and just “do it for them” after an absurd amount of time has elapsed trying to help your children put their own shoes on. At a certain point,  I have had it, and your child has had it, and I need to help over 10 other children put their shoes on too.

I also hate when an absurd amount of months have elapsed and your child still has not mastered the skill of putting their own shoes on independently after working on it at least three times a day, five days a week, for months; and they are among one of the oldest children in the class.  Meanwhile, the newly-transitioned 18 month olds whiz over to the shoe bench, pop their little shoes on like it’s a skill they acquired in utero, and practically moonwalk out of the bathroom… because their parents chose the ideal shoes for their skill level and foot size.

So here is what I recommend to all of the parents in my classrooms.

If your child is an infant who has begun to walk, but is not yet 18 months old, you want soft-soled, leather bottom shoes that fit tightly enough to stay on but loosely enough to put on without a serious struggle, and are as easy as humanly possible to get on their chubby little feet.  They also grow very quickly, and are just learning how to walk.  So choosing soft-soled, flexible shoes in the right size is key.  Like these:

If your child is between 18 months to 2 years old, you want slip-on sneakers with rubber soles, like these.   You want the shoes to be wide enough to slip on with ease, but not so big that they come right off.  Keep the shoes low-top, please.  Until the child turns two, do yourself, your child, and your child’s teacher a huge favor– just forget about the velcro straps for now.  That can wait until your child turns two.   You need not select Vans brand if you feel it will break the bank; but I have observed extremely high levels of success for young toddlers learning to put their own shoes on with vans slip on shoes which is why they remain my prototype suggestion. 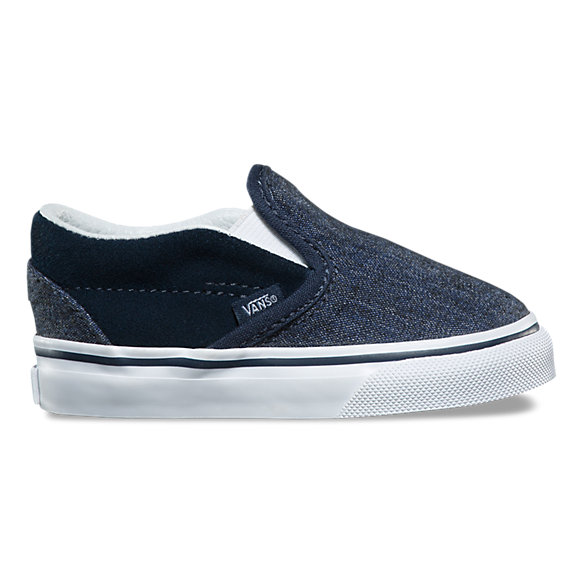 Once your child has mastered the art of putting on slip on shoes, for a child between say, 2 and 3, you can now introduce velcro straps, starting with one strap; and if they get it with one strap, they can graduate to two straps as they approach three years old.   Here’s the thing though: the velcro strap needs to be fully attached to the shoe at first.  The whole open the strap, pull the tongue open thing is really really hard for toddlers.  Until they are at least three, you need to avoid velcro straps that also involve a complex system of loops that the straps must thread through. If there is an “O” ring anywhere on the velcro strap system, just say no to the shoes.     In the style photographed below, the strap never comes out of its loop and also allows the “tongue” of the shoe to open up with the velcro strap simultaneously.

I can’t express how terrible tongues and velcro straps with loops are for toddlers to try and figure out.  Don’t ask me who is out there designing toddler shoes, because I promise you those people have no idea what it’s like trying to help toddlers learn to put their own shoes on. 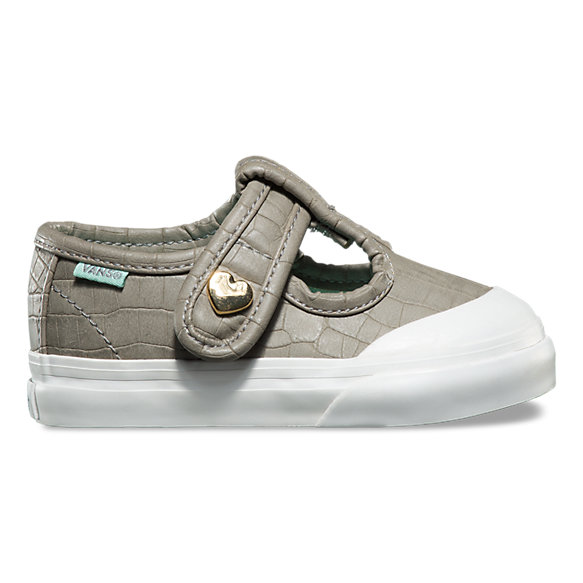 Another great brand I would recommend is converse toddler low-top shoes where the velcro is attached to  the tongue of the shoe.

Here are some shoes that I absolutely suggest you avoid altogether, because they are literally toddler shoe H-E-double hockey sticks:

~ Saucouny toddler shoes with the “jazz hook loop” velcro strap.  Holy moly I can’t express how difficult these shoes are for toddlers.  They are one of the worst.  The velcro is seriously way too difficult to undo, the tongue is way too short– it’s terrible. 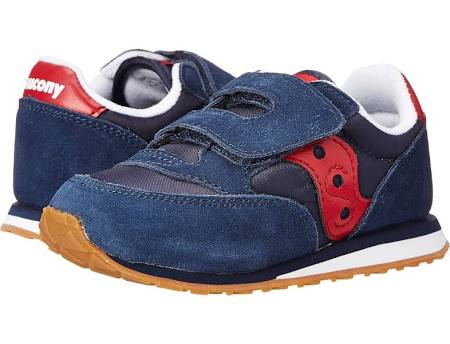 Toddler OshKosh Sandals.  I practically have PTSD and shudder at the thought of these shoes and the months I have struggled to never be successful at helping a child try to wear them.  Again, that terrible loop that the velcro needs to go through is like a shoe independence deal breaker.  Something about these shoes also makes them incredibly difficult for the child to pull up over their heel, and open up to put their foot in. They’re too floppy or something. I don’t know.  Just don’t get them until your child is at least four years old.  Instead, I would recommend the cheapest pair of Toddler Keen Venice H2 sandals you can get your hands on. 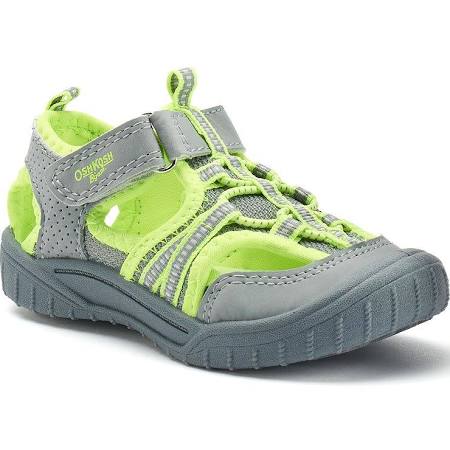 If you need waterproof/ indoor shoes, for your toddler (which every toddler in a Montessori program pretty much does need), I would recommend shoes like Natives.  If those will break the bank for you, look around at stores like Ross, Target, and Old Navy for generic versions.  Make sure they are wide enough to slip on with ease, as the rubber does tend to make feet stick rather than slide in easily, particularly when they start getting tight.    Hounds  and (I know some of you will cringe but) crocs are also great indoor shoes.   I have never met a toddler who puts up any kind of fight when it comes to putting croc shoes on.